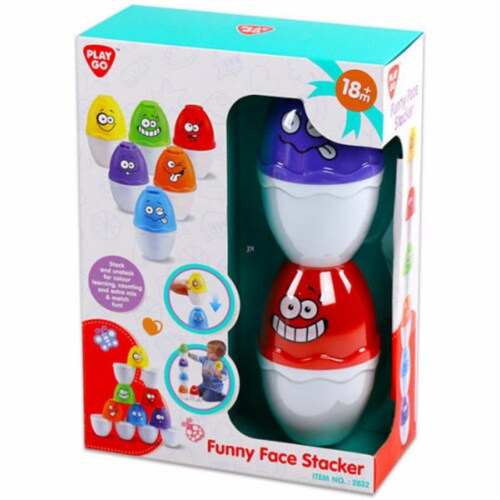 Description of the educational toy playgo pyramid play 2832 Educational toy Pyramid PlayGo Play 2832 The developing toy is represented by game elements executed in the form of plastic eggs which consist of 2 parts The upper part is made in the form of funny faces that will raise the child s mood and allow the use of figures as various characters of the plot role games From the details you can build a pyramid and other structures Features . The toy is represented by a set of game elements with decorative stickers in the form of funny muzzles . Each element consists of two connecting parts of different colors . Children will be able to build from them pyramids and various architectural structures . Each part has a recess and a protrusion so that the elements are joined together . Playing with the elements of the pyramid the kid gets acquainted with geometric shapes and basic colors will train the motor skills of the fingers and coordination of movements . Figures can be played separately they can be taken with you to the bathroom or sandbox . Games with the pyramid will reveal the imagination and fantasy of the child spatial thinking color perception mindfulness logic and perseverance Specifications . Weight 0 99 lbs