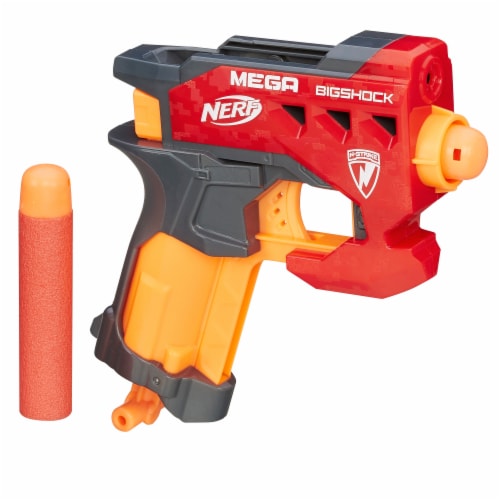 Your battles are about to get mega bigger at a mission-ready size! The BigShock blaster has the same high performance as other N-Strike Elite blasters, but it features mega-sized power in the palm of your hand! You'll dominate the biggest Nerf battle yet single-handedly with the one-handed power of the BigShock blaster. You can store a dart in reserve in its storage compartment, and it comes with two Mega Whistler darts that scream as they fly!