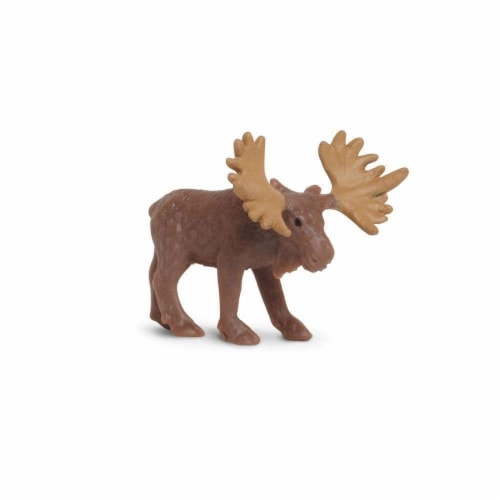 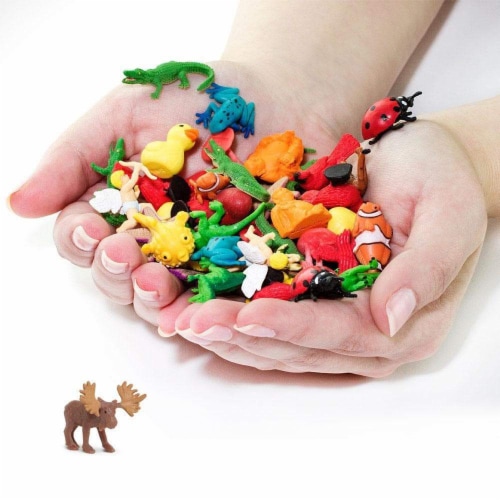 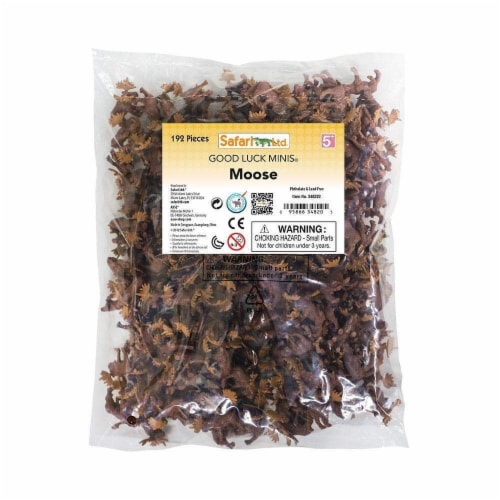 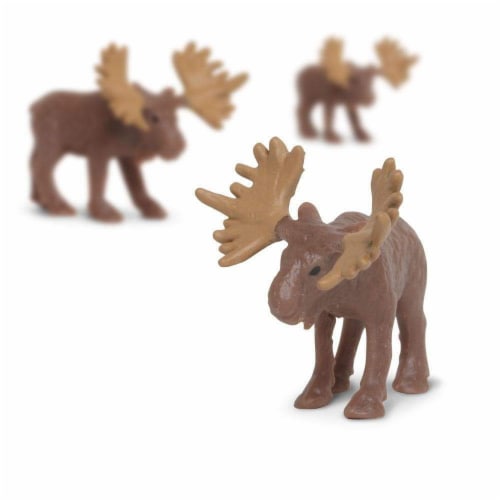 Moose are northern creatures; their range extends throughout Alaska and Canada, down through the Rocky Mountains into Colorado, and in some sparsely populated northern areas of border states like North Dakota, Wisconsin, and Michigan. History: Moose are the largest species of deer and the second-largest mammal in North America after Bison. Their genus (Alces) first appeared in the fossil record in Europe about 2 million years ago. Modern moose first appear as fossils around 100,000 years ago, with evidence that North American moose made the crossing from Europe between 50,000 and 10,000 years ago. Scientific Name: Alces americanus Characteristics: This figure may be small, but it captures the elegance and majesty of the mighty moose. Forest dioramas wouldnâ€™t be complete without them, and they are the life of the party as decorations or cake toppers. Size: This grape-sized Moose mini figure is about an inch long. All of our products are Non-toxic and BPA free192 Pieces Per Bag. Only Available in Bulk Purchase.