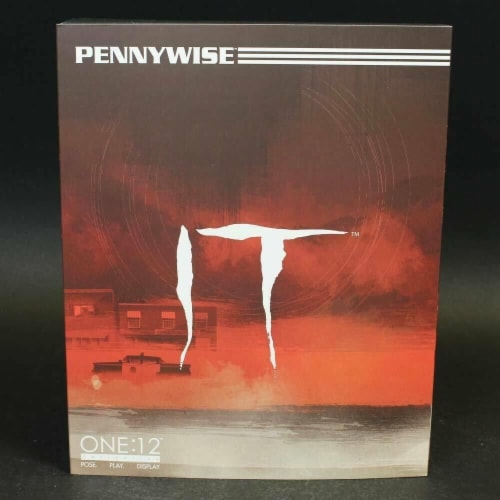 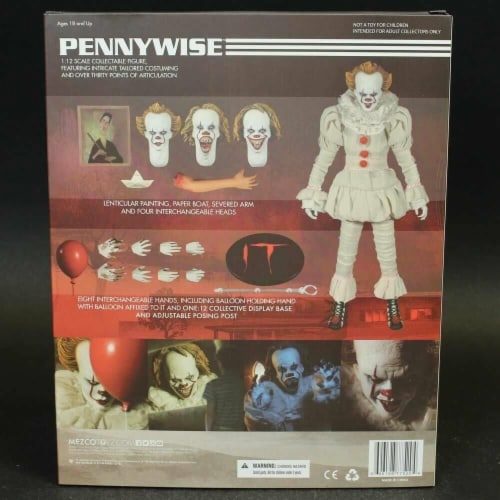 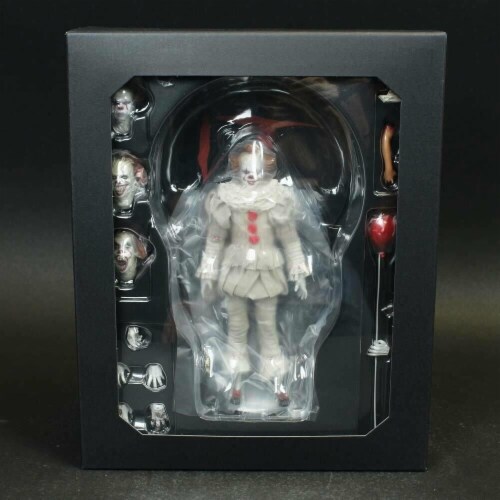 Feature: Time to float!. The One:12 Collective IT (2017): Pennywise figure captures the demonic clown as he appears in the 2017 film.Feature: The shape-shifter features four head portraits with expressions from the film. Pennywise comes outfitted in a clown costume with ruffle detailing around the collar, wrists, and ankles.Feature: He also comes complete with his infamous red balloon, Georgies severed arm, Georgies paper boat, and the framed painting of the eerie woman that hung in Stanleys fathers office.Feature: Approx 7" tallManufacturer: MezcoModel: Mezco One:12 Pennywise IT Movie 2017MPN: 291941UPC: 696198775204EAN: 0696198775204