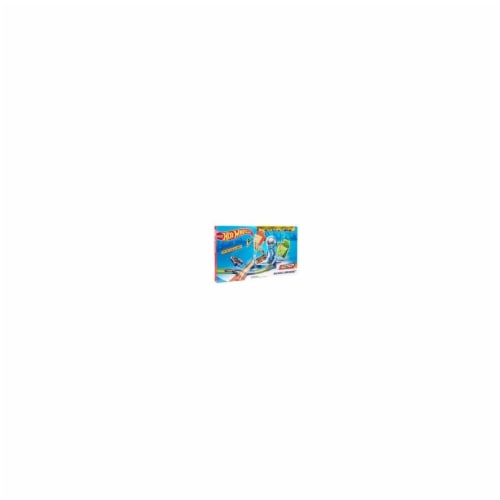 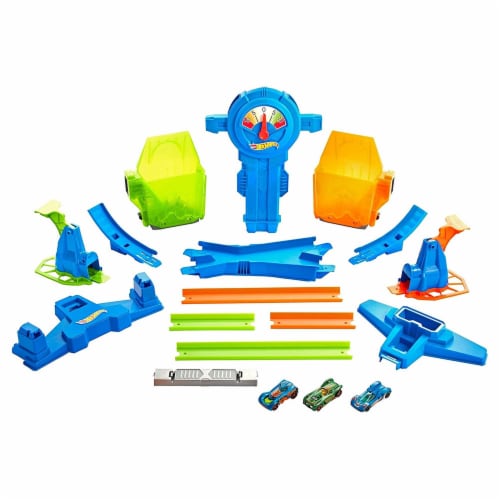 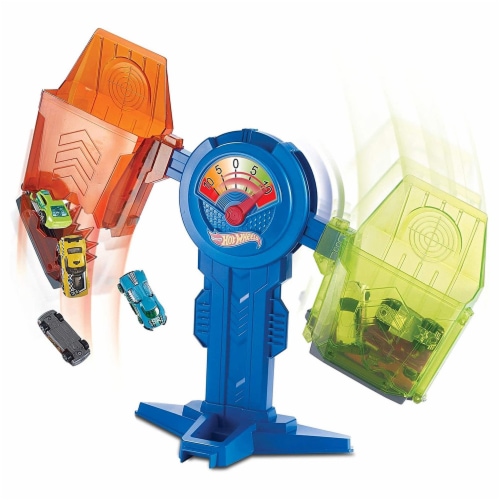 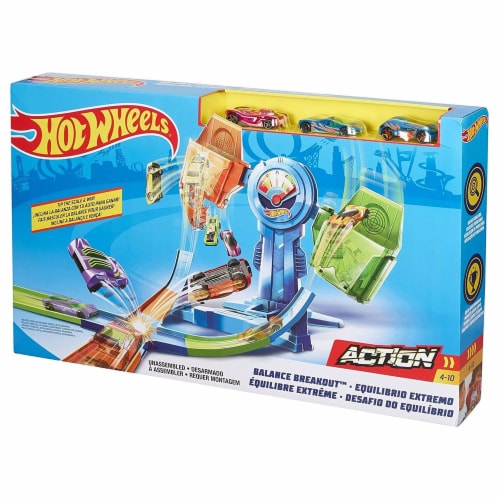 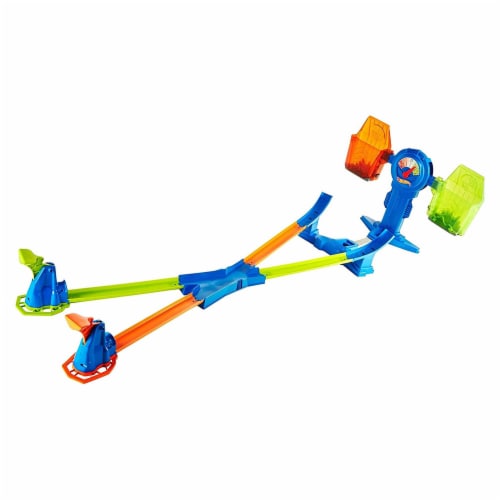 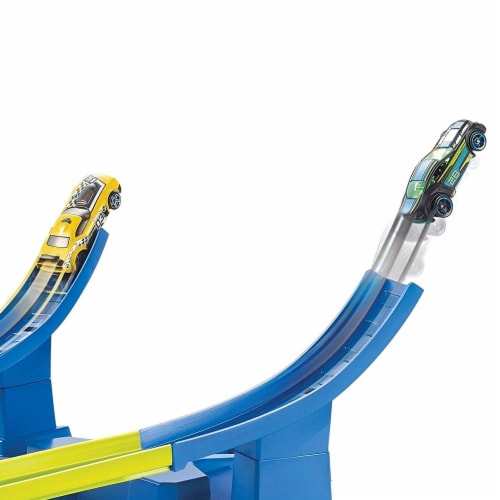 Outrageous Hot Wheels® weight-based, game-style track set that challenges kids to launch their cars into their bucket first and spill their friend's cars for the win! Play in two-player mode to build sportsmanship—the set has two launchers, two buckets, and a crash zone! Crash into or block opponents in the crossover crash zone! Load cars into the slam launcher, aim for the bucket while constantly testing and experimenting when the bucket moves. Players need to keep landing cars in the bucket to tip the scale in their favor! First player to score two more cars in the bucket than his opponent wins! The bottom on the losing side bucket opens and release cars for an impressive finale. Dynamic balancing action makes this a real test of skill. Great to play with a friend or in single player-mode.