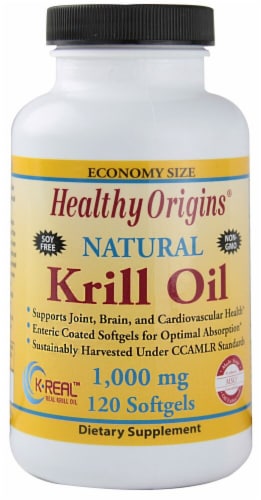 Healthy Origins® Krill Oil is extracted from the Euphausia superbaspecies of krill found in the Antarctic waters of the southern ocean. Euphausia superba, with a biomas of over 500,000,000 tons, is one of the most abundant life forms on the planet. Since the 19th century, krill has been harvested as a food source for humans and animals, but only in more recent times has it been harvested to extract the oils contained within the krill. These oils contain substantial levels of Omega 3s, Phospholipids and Astaxanthin.