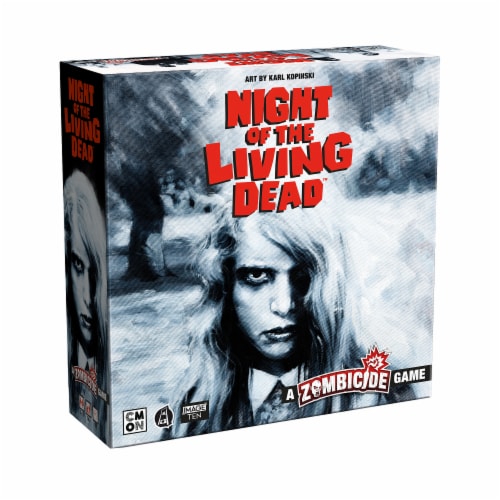 CMON Zombicide: Night of the Living Dead Board Game

What if you were the heroes of Night of the Living Dead, the famous zombie movie by George A. Romero? Take on the leading roles as survivors, fighting together against ghouls controlled by the game itself, using simple and intuitive rules. Swap your survivor's identity between Romero mode, recreating the movie's atmosphere, and Zombicide mode, going all-out against your living dead foes! Find weapons, eliminate ghouls, and upgrade your survivor's skills along the way. But be careful, as the more ghouls you kill, the more of them show up. Will you survive the Night?