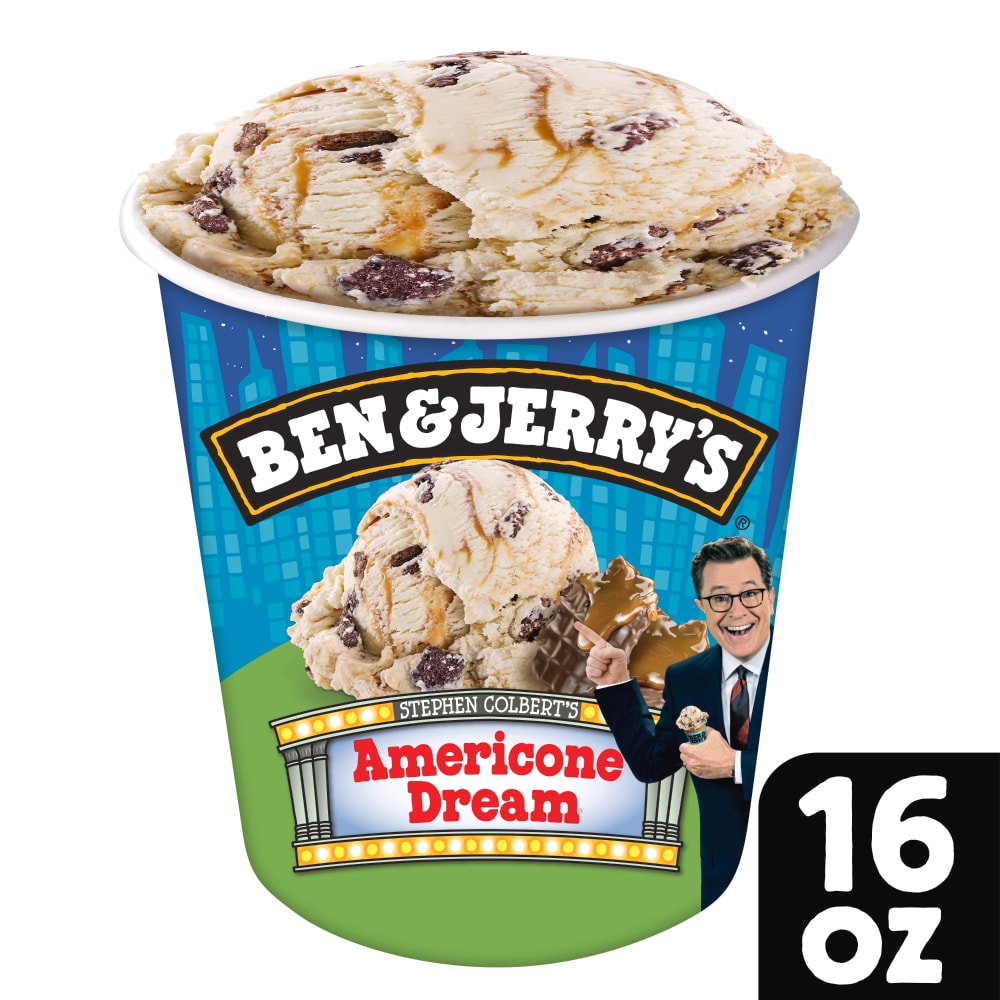 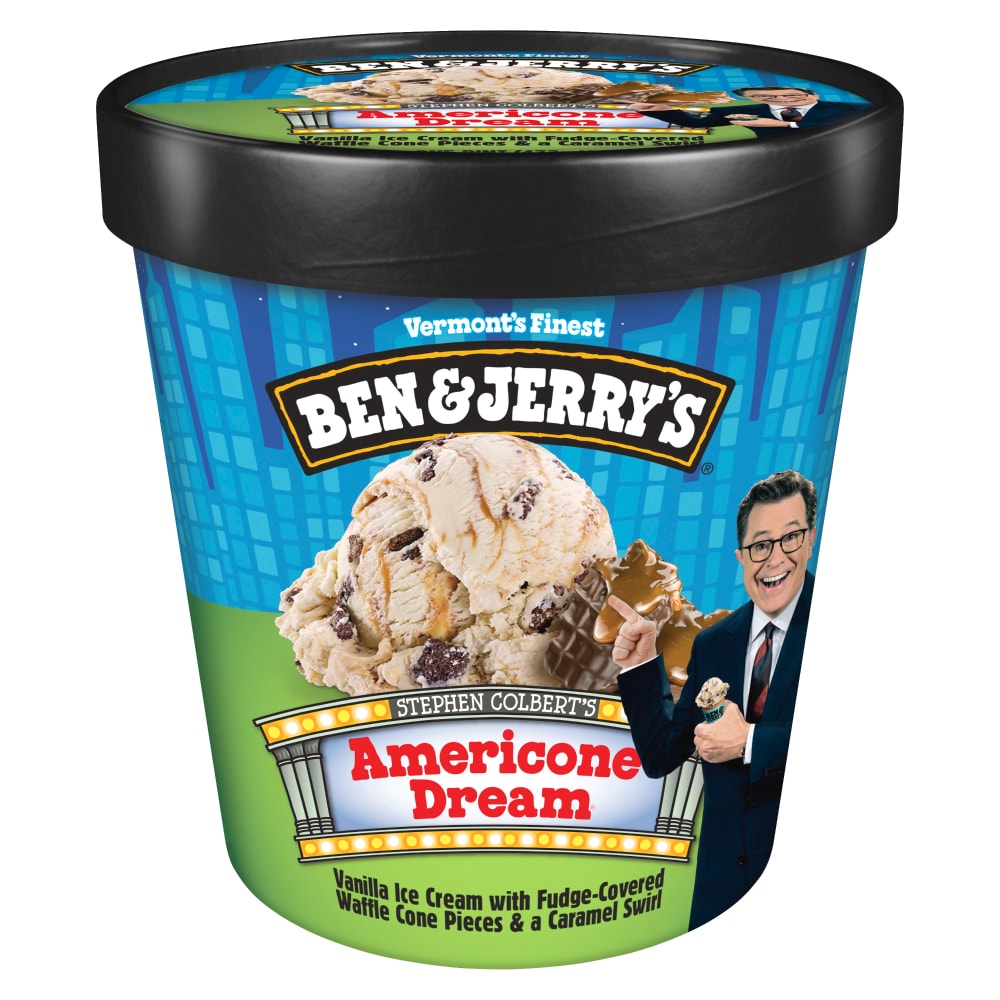 Vanilla ice cream with fudge-covered waffle cone pieces and a caramel swirl. Ben & Jerry’s churned up this euphoric creation honoring The Late Show funnyman Stephen Colbert. It all started back in the fall of 2006 when Ben & Jerry’s Flavor Gurus began tinkering away with Colbert’s personal take on ice cream perfection. Test batches were so euphoric that word quickly spread about the secret collaboration. Rumor became reality when Colbert invited Ben and Jerry to join him in announcing the collaboration during an episode of The Colbert Report. The flavor has been a huge hit ever since, but what many people don’t know is that the project is, as Colbert puts it, "saving the world," too. You see, he donates proceeds from the sale of AmeriCone Dream to charity. The fund, named honoring the flavor, supports charities of concern to Colbert, such as food and medical assistance for disadvantaged children, helping veterans and their families, and environmental causes. Every pint you buy makes the world a bit better. Like all of Ben & Jerry's flavors, AmeriCone Dream is made with non-GMO-sourced ingredients, cage-free eggs, and kosher-certified milk and cream from sustainable Caring Dairy Farmers. Fairtrade certified suppliers provide the cocoa, sugar, and vanilla, plus the product’s packaging is responsibly sourced.