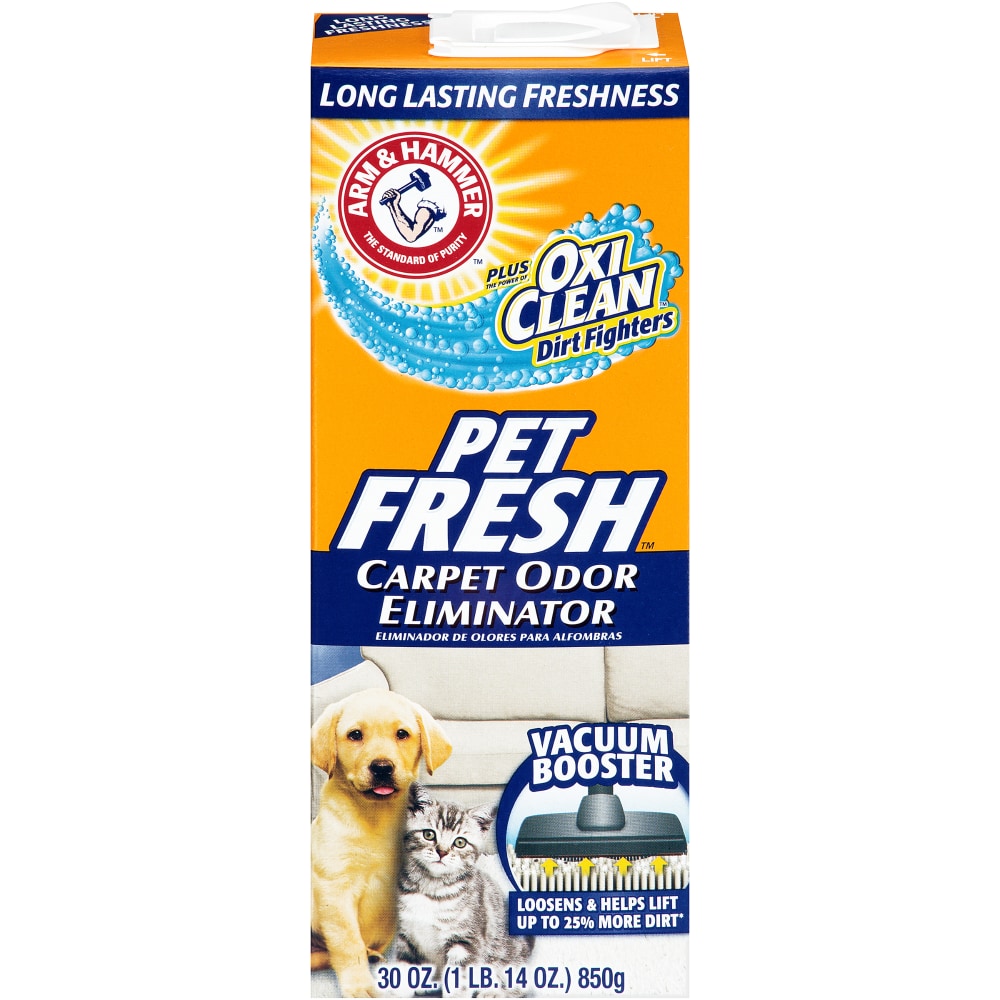 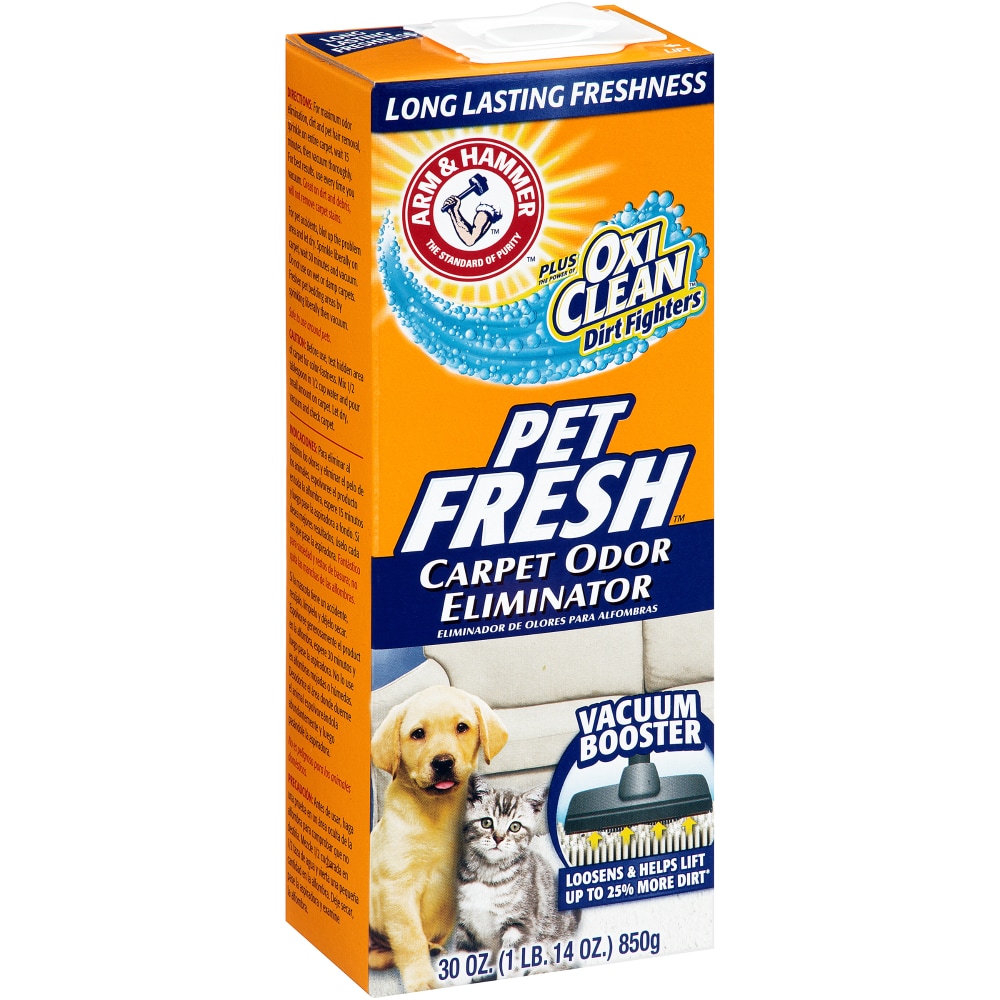 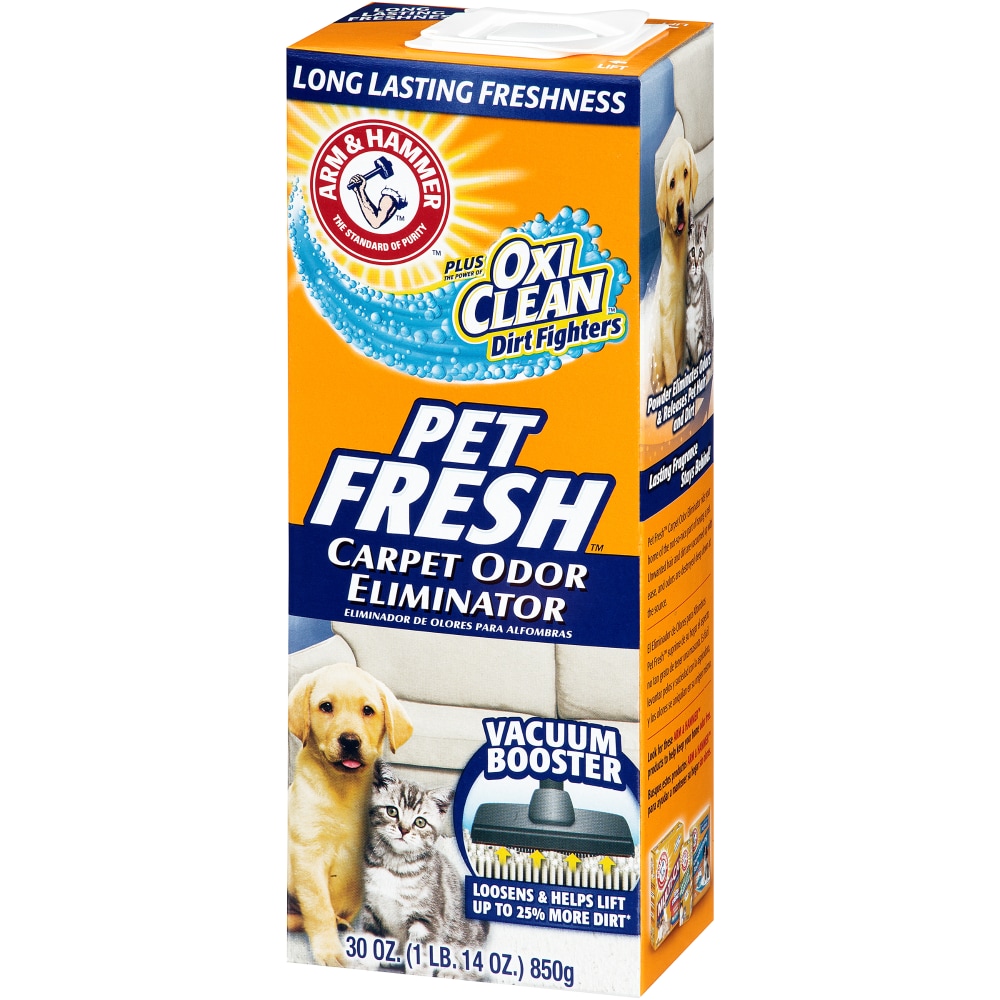 Pet Fresh Carpet Odor Eliminator rids your home of the not-so-nice part of having a pet. Unwanted hair and dirt are vacuumed up with ease, and odors are destroyed deep down at the source. We have added the power of OxiClean Dirt Fighters to permanently eliminate odors plus *loosen and help your vacuum lift up to 25% more dirt than vacuuming alone, leaving behind a pleasant fragrance for long-lasting freshness. Also absorbs and eliminates odors from smoke, mold and mildew. Arm & Hammer Baking Soda is the original cleaning and freshening secret, and has been for generations. Today, Arm & Hammer plus OxiClean Dirt Fighters uses the power of Baking Soda to neutralize even the toughest odors deep within carpets.