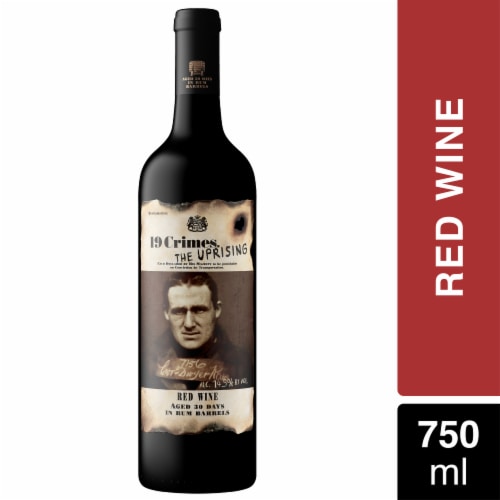 19 crimes turned convicts into colonists. Upon conviction British rogues guilty of a least one of the 19 crimes were sentenced to live in Australia, rather than death. As pioneers in a frontier penal colony, they forged a new country and new lives, brick by brick. This wine celebrates the rules they broke and the culture they built. The Uprising pays homage to Australia's rum rebellion of 1808, a collaboration of soldiers and citizens to overthrow the government. True to it's namesake, a portion of this hand-crafted wine has been aged for 30 days in rum barrels and offers dark fruit flavors and an oaky, vanilla finish.